Alan Dedman takes a look at how prison education was administered in the oldest working gaol in the land. HMP Cornhill referred to as the Mallet by all who sailed in her was built in 1601 by two brothers from Somerset. Opened in 1610, it started as a workhouse and grew into the structural leviathan it is at present – awaiting conversion into ‘Luxury flats‘. The Daily Telegraph on-line suggested it’s readers might like to visit HMP Cornhill – to see what a real prison was like. A fabulous day-trip to swinging Shepton! Hooray! (Henry), think I’ll bring a picnic. 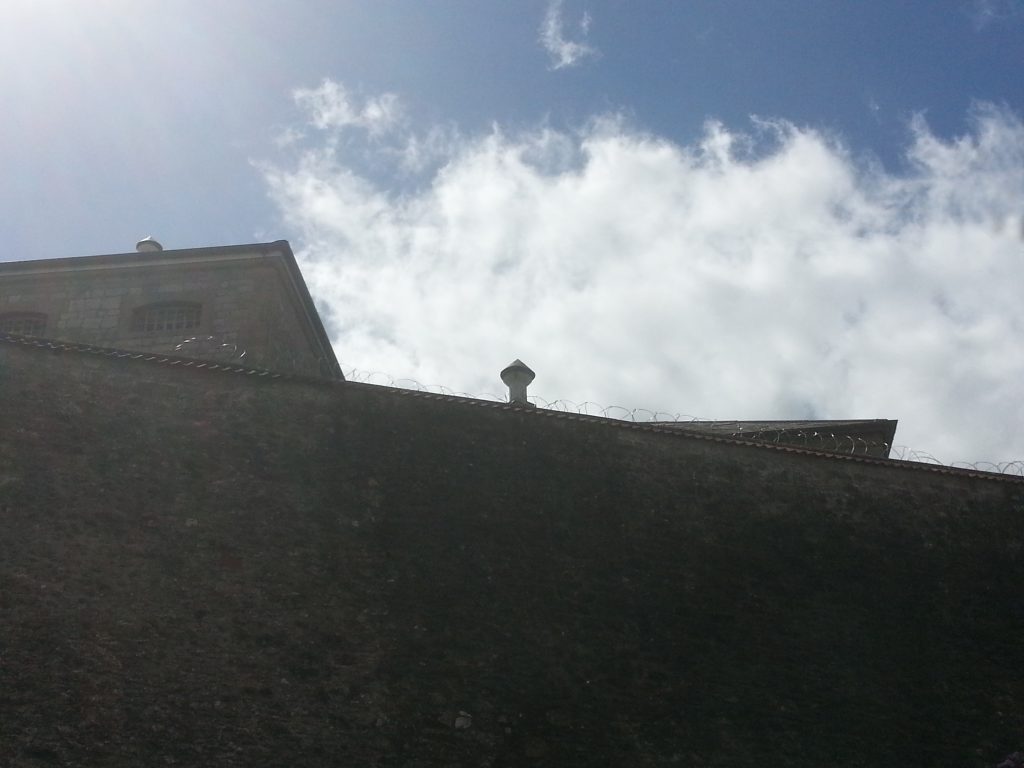 Who would want to live in such a place? Though it was converted into a library, the hanging shed still stands. American service personnel were put to death there during World War II. The Kray twins were incarcerated at HMP Cornhill; some of it’s architecture echoes Napoleonic times. I witnessed solitary confinement ‘cells’ linked to this period which were actually pits – into which offenders would be slung, to cool off. Worth at least £40k a piece now!

During induction, we were given a tour of the site. Utterly confusing as it wasn’t built to much of a plan. Apparently some cells are small, some large. I suppose it depended on the amount of cider the builders took whilst working. I wonder if the same pecking order used by the con’s will prevail in the real estate market? Murderers tended to get the best cells.

Certainly, after four hours exposure to that environment without a break I could feel the negativity pent up within its walls. If HMP Cornhill is ever to serve the purpose of domestic accommodation, an army of clergy will be needed to spiritually cleanse the premises. 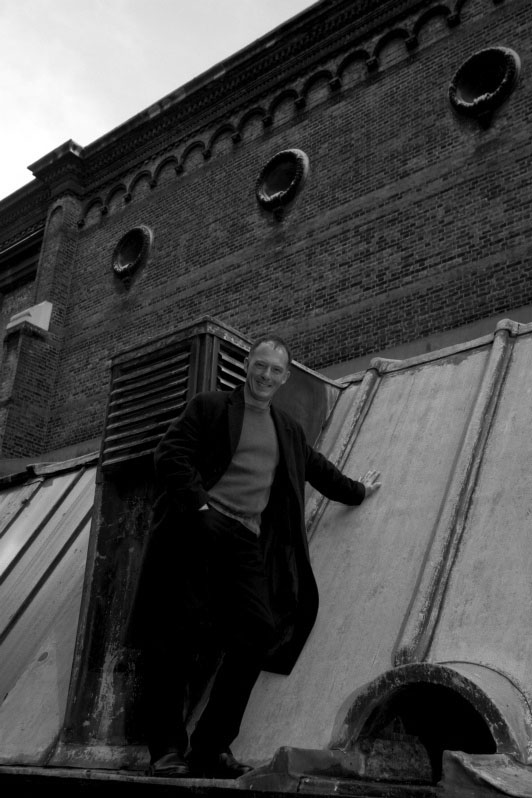 Market forces and ‘the third way’

It took five interviews to get in. When I left the Royal Academy Schools, I wrote to every gaol in the land to get a job in prison education. I kept trying, even though I only got one reply. Some twenty years later, I found myself stood in front of Emma Harrison, owner of A4E – ‘Blair Babe’ par excellence. I was ‘tuped’ over to Ms. Harrison’s outfit from Strode College, who had been doing a fine job providing education services for the prison.

Blair and Brown’s ‘third way’ meant capitalist economics could be applied to ‘the market’ of prison education – a fallacy in my opinion, because like state school children whose education is compulsory, inmates are a captive audience – no pun intended. Did any convict care or even know about his or her ‘choice’ from the new mix of providers? Could he/she take their trade elsewhere? 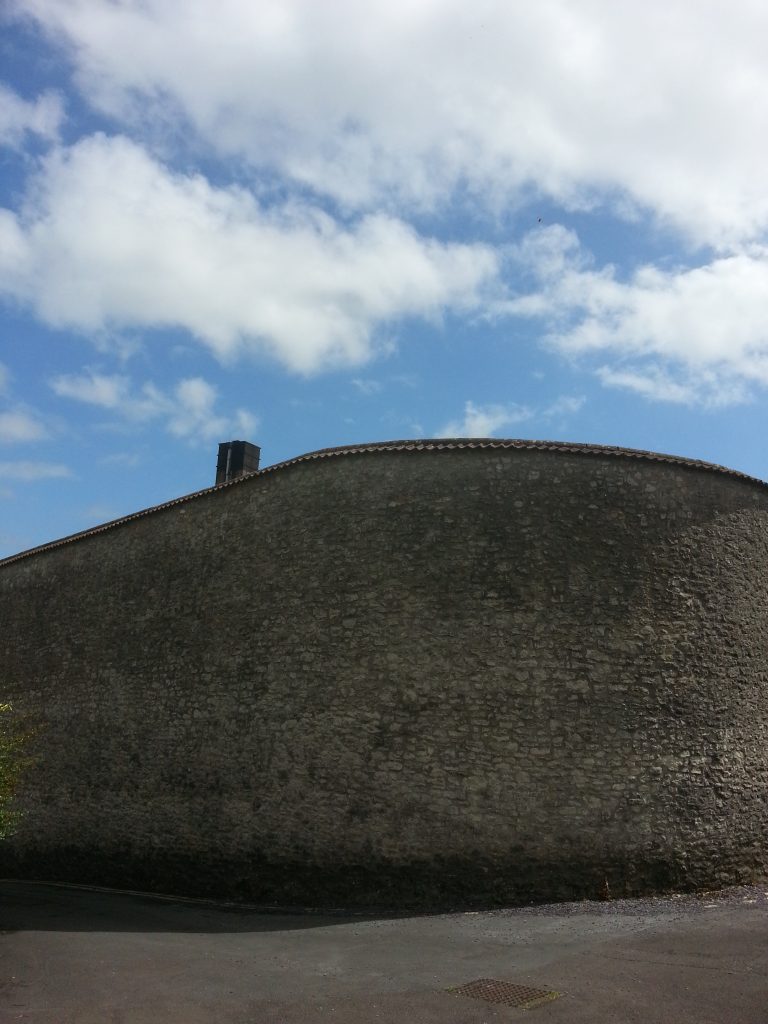 Photo of prison walls at HMP Cornhill by Alan Dedman

Needless to say, after two years I resigned from the post. It took a while for the World to discover A4E wasn’t entirely kosher. Something I could have announced within weeks of being with them. In 2012 the Guardian newspaper published an article titled: ‘Nice work if you can get it’ by John Harris. A fair expose of Emma Harrison and her ‘not as straightforward as her Northern accent implies’ company. Margaret Hodge MP is cited as referring to A4E’s operations as ‘a scam’. Good for her, except of course it was a Labour government who appointed A4E to it’s variegated tasks including prison education, in the first place.

At this point, the company handled contracts worth an estimated £200 million of public funds generated from taxpayers money and Ms Harrison pocketed a dividend of £8.6 million. A4E is supposed to mean ‘Action 4 Employment’ – I decided the acronym would be better applied as ‘All 4 Emma’. When Labour ceded power in 2010, Ms Harrison seamlessly morphed into a ‘Cameron Babe’, eventually becoming Families Tsar for his government, a role she stepped down from after her company was investigated for fraud in 2012. 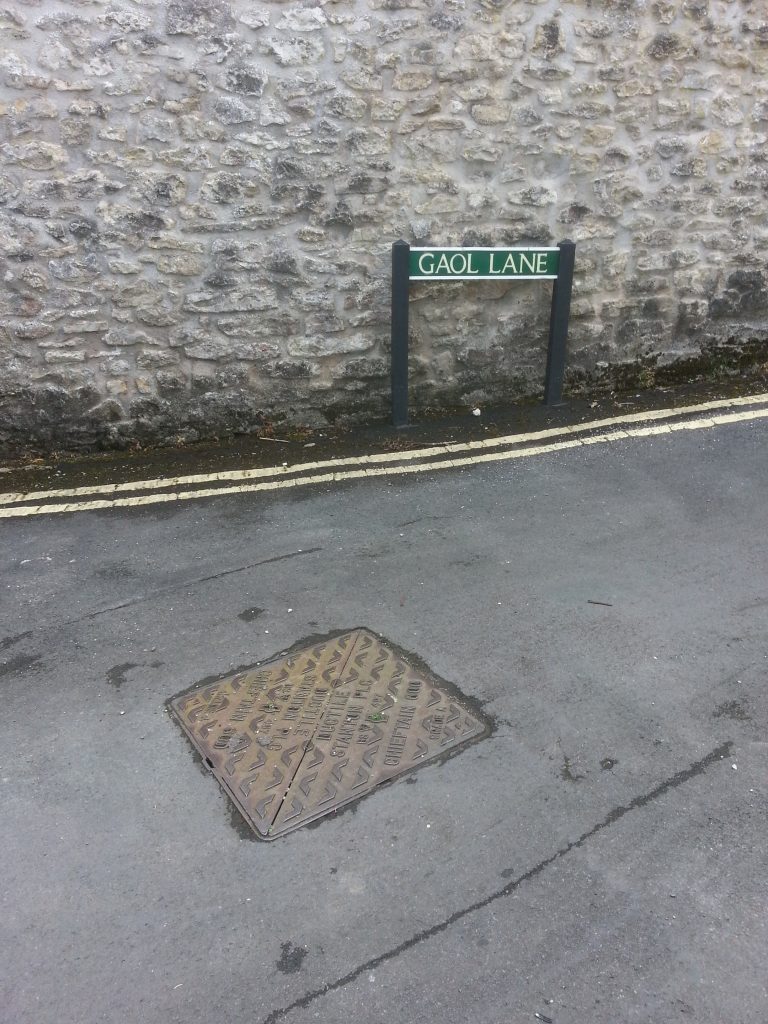 The experience of working in a prison

Working as an art tutor for A4E I operated alone, in an isolated part of the education block. No security immediately available. I handled a group of life sentenced offenders, mainly in for murder or closely related violent crime. I hold a senior grade in a well respected martial art – under the circumstances this helped my confidence. A4E didn’t pay for my training, nor did they seem to care about the fact I was working in a precarious situation or pay more for doing so.  It didn’t escape my notice (nor the inmates) after the arrival of a new, female head of department, almost all freshly appointed staff were women.

In prison education we talk of the hidden curriculum; whilst positive discrimination is justified by some theorists, in this instance it seemed obviously unfair and imbalanced. My female supervisor ‘micro-managed’ me via mobile phone, this entailed being called just after I got out of bed and just before I got into bed – which doesn’t make for domestic harmony, or a good night’s sleep. Flip the roles and it could be construed as harrassment.

Can prison education work? The brain-child of Victorian philanthropy, its intentions are good. I made a great strides with one individual, who I believe committed an offence with a knife. In spite of his obvious anxiety, physical tremors and history of self-harm, I managed to coax him into using a craft knife to make paper sculptures. Something along the lines of what Anthony Caro did with his charges during my time at St. Martins. This was a big achievement for us both – and probably represented more therapeutic progress than months of anger management or CBT (cognitive behavioural therapy). A milestone on his journey towards rehabilitation – well it could have been.

The tutor who used the room next, discarded the work. Maybe she had too much Sangria the night before – but the consequences are obvious. Complete demotivation; learning within the auspices of prison education is a valueless ‘commodity’ – never mind the bleedin’ third way or taxpayers money. On another occasion I succeeded in getting my group of men to draw outside, using the buildings for perspective learning. It didn’t take long before some prison warders (Mr. McKay) appeared: ‘Oi! Wot you doin’ out ere? You ‘orrible little man! Get back inside …… NOW!’

I began to get ‘prison head’ (unpleasant term, but it exists), gradually realising what we were doing seemed pretty pointless, no matter how much money gets flung at it. In my experience, the aspirational nature of prison education tends to be thwarted by punitive regimes, messy management and egregious self-interest plus a host of societal factors beyond the control of any institution. A sticking plaster remedy for something altogether more chronic.

Alan Dedman can be followed on Twitter: @DedmanArt. If you wish to contact him please leave a message on this blog below the social media buttons.