An eccentric show by an unknown outsider, ‘Artworks by Alan Dedman at studio 1.1’ asserts a time worn theme – Art should consist of nothing much other than painting and drawing. Though Dedman has taken the trouble to compare post-modern methodology with the Classical. 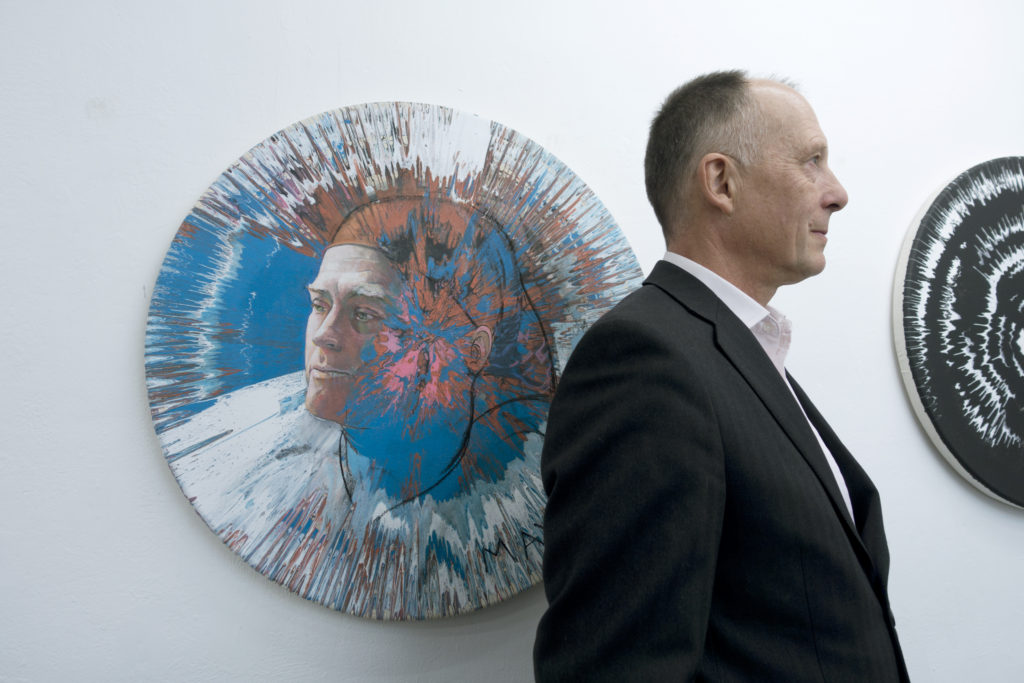 His spin paintings demonstrate an academic approach to something Damien Hirst popularised. Dedman links ‘automated action painting’ to his experiences whilst a student at the Royal Academy Schools. The very best of his output in this respect being a piece titled ‘Crouching Nude’ (£1,500.00). 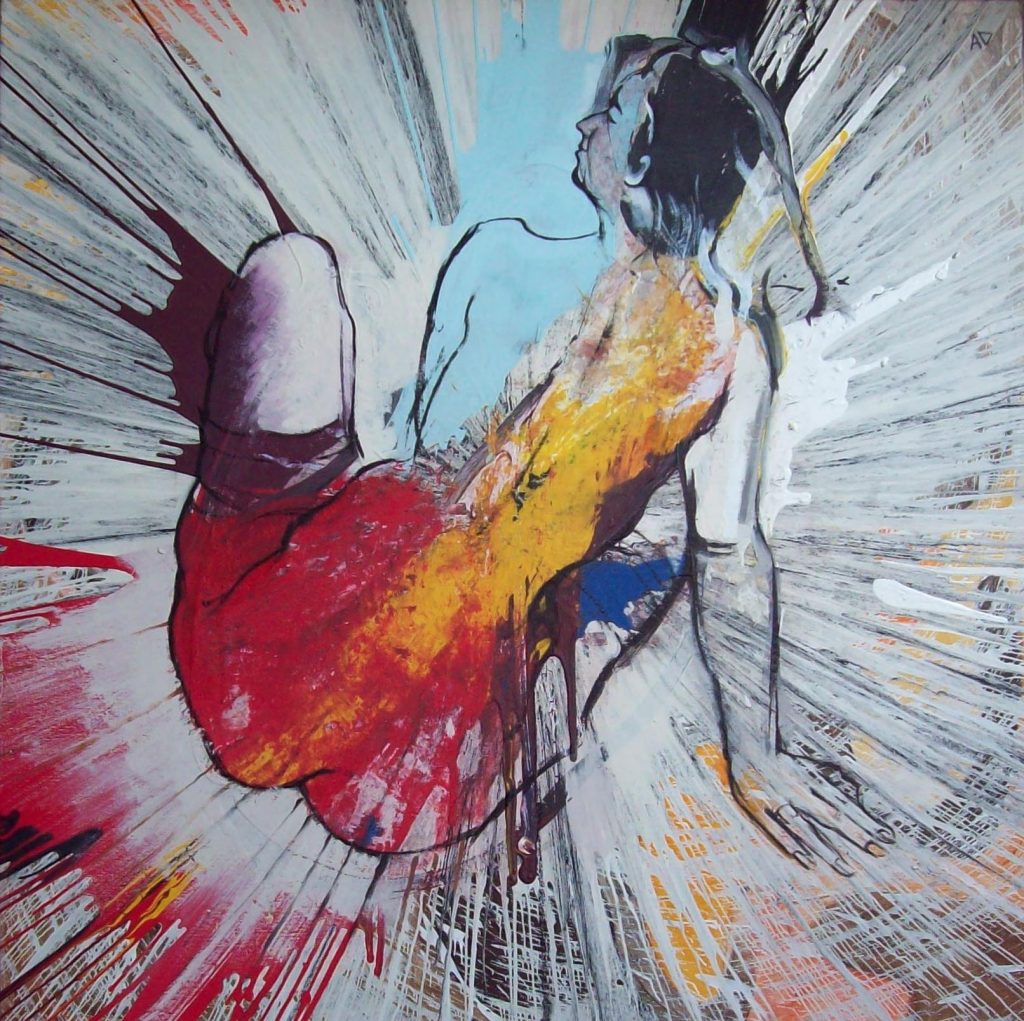 The decision to mix Hirst, Klimt and himself on one canvas is a risky, but creative venture. At £2,500.00 the artwork in question is modestly priced, about right given the stature of the artist and the neighbourhood where this show took place (Shoreditch). Nevertheless, a bargain if you’ve got space for it.

Dedman hazards arrest by the thought police for being his natural self but censorship would deprive us of the perennial interplay of the sexes. Without which there is no Romeo and Juliette, no Carmen or Olympia. 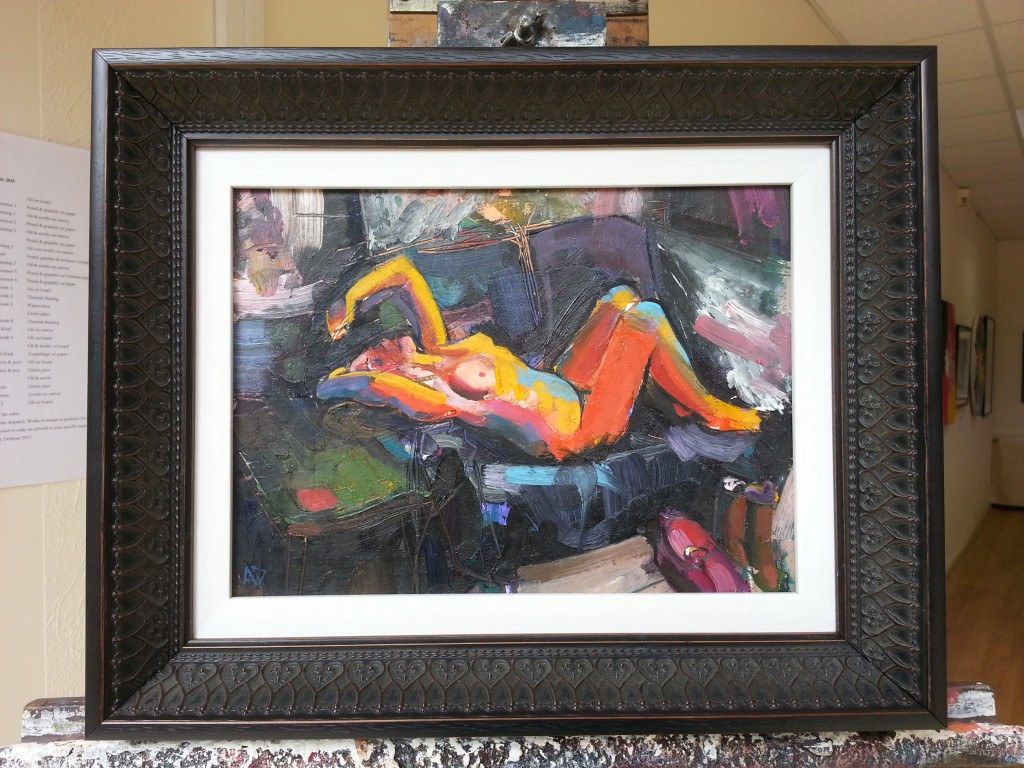 ‘2 am: the Doll’s House’ is an autobiographical piece, documenting a scene Alan Dedman contemplated as he worked in Soho, amidst the sleaze of strip joints and prostitutes. His best painting ‘Reclining Nude’ is a little gem. A tour de force of painterly skill and chromatic imagination, created from life in his studio.

These works contrast with academic portraiture demonstrating ‘old school’ style and skills. Two paintings of an elderly man are constructed from tiny flecks and slivers of colour, witnessed with prismatic awareness. A large, three quarter length painting of a young woman set against a Gothic window is a demonstration of the artist’s ability to celebrate light effects on human form. A tiny portrait of a man from Bangladesh ‘Abdul’ is testimony to the high degree of finesse Alan Dedman brings to his work. 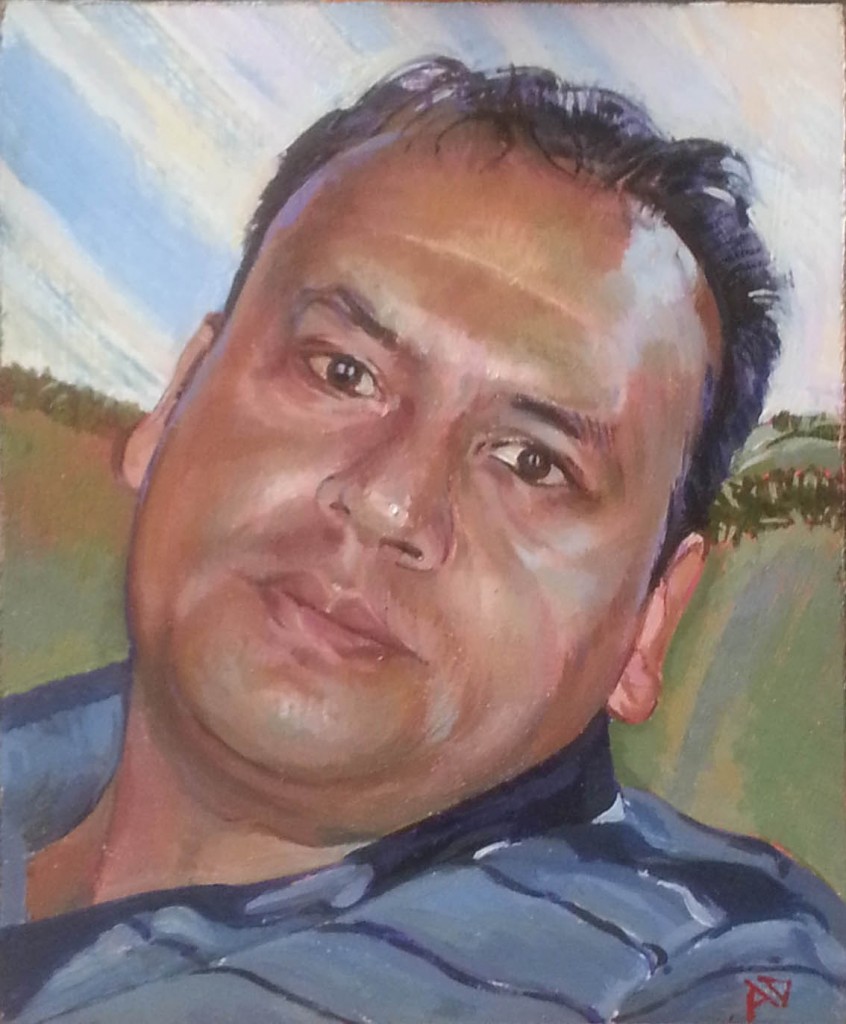 Portrait of Abdul by Alan Dedman

Turning back to the unconventional, two spin self-portraits have been framed in faux concrete. These have a cartoon like quality to them. Paint has been interwoven amongst firmly asserted line drawing, evoking a fictitious take on the artist’s own personality. Concrete imparts a sense of the urban – given the current fad for street art this is about as near as Dedman gets to it.

A curious, modest presentation by an artist whose output gives more the effect of a group show than a solo exhibition.