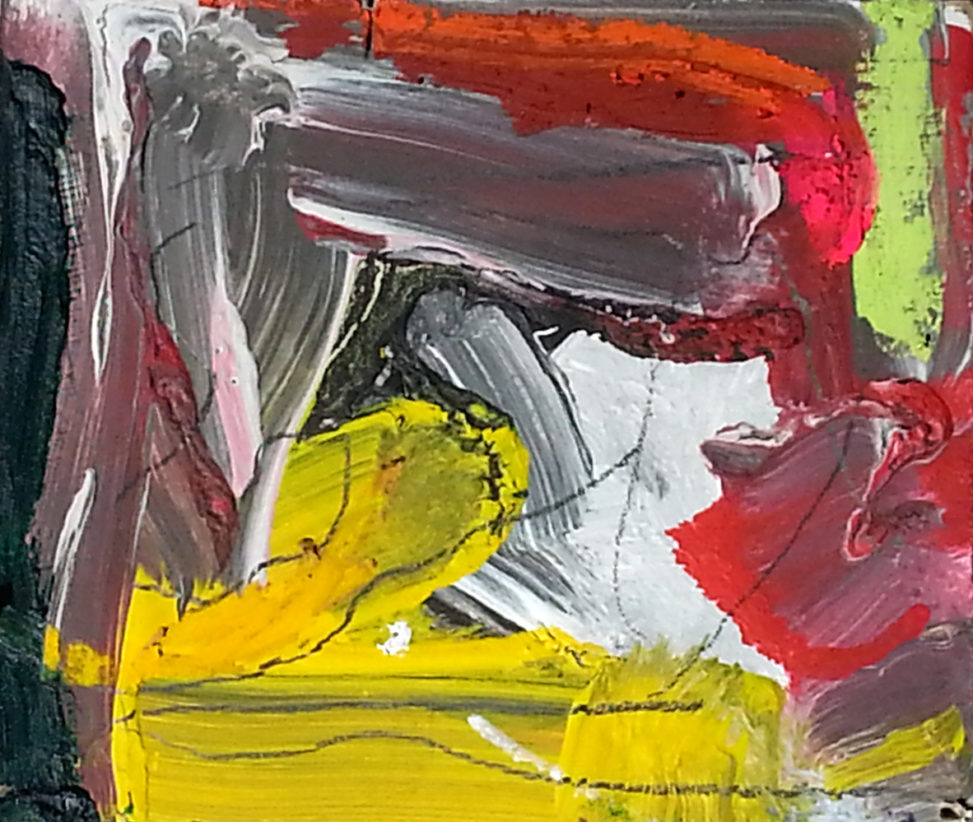 Alan Dedman on painting and Art

Trying to write about painting is like trying to paint about writing – perplexing. Painting is not just about representing visual phenomena. Painting is a way of interacting with the Self, the Unconscious, the Sensual and the Spiritual. ‘Alan Dedman on painting and Art’ – some recent insights.

When everything aligns, I make an artwork which resonates with ‘me’. Bruce Lee spoke about martial arts being his chosen means of self-expression – by working with an art form or medium we can find a way of speaking with our own voice. This is what I hope to achieve through painting. To reveal truth(s) and effect healing.  Art is a powerful way of connecting with our unconscious self and events which are taking place in our lives and everyday phenomena.

A visiting tutor at the Schools once came up to me and said: ‘Oh just do a bad painting for once, will you?’ Bill Smith intended I should stop trying to be virtuous. Most people who paint, try their very best to please the Gods. The wisdom in Mr. Smith’s utterances? He was trying to steer me away from pleasing others with my artistic striving. He was asking me to relax and forget about ‘success’.

My efforts in painting have always sprung from an eclectic, catholic base. I work at themes; between the formless and abstract and overly-graphic, representational imagery. The latter coming from early training and employment as an illustrator.

Highly defined, photographic statements don’t satisfy – though something in me expects to have to perform/conform that way. I believe any artist should be able to draw and paint authentically, in a representational sense. But that should be achieved at Art school. Too much Art is made conceptually, assuming it’s the thought that counts. Like gifts we never give, but attempt to justify with the foregoing reassurance.

In conversation with my tutor and mentor, Nicholas Ward, we both agree – there seems to be a lack of craft and method in people’s artistic making now. Practice, repeatedly working through a process is what artistic making should consist of. This way, peak performance can be achieved and hopefully, some sort of balance between our self (or ego) and the phenomenal World.

In trying to remove the conscious, controlling aspect – I have been painting and drawing with my left hand, but quickly found I am just as able to work with my left side as my right. Something I attribute to many years training in martial arts – where you are never allowed to develop ‘sugar side’ as an old, Jamaican instructor would say.

The other thing I aim for in my work is intuitive use of colour and it’s integration with drawing. Both of which weren’t actively taught, at St. Martins or the Royal Academy Schools, though Barrett did once lecture me on Umber. Without the full sensuality of colour Art becomes dry, dull and intellectual. Something borne out by the British School of tonal, quietism.

According to scientific research, the male human eye has a predominance of rods over cones – resulting in better perception of movement in low level light. Whereas the female retina has a larger fovea and a greater number of cones (for colour perception). However, contrary to the pish served up in the media, it’s not all about separate-ness of the sexes or a trendy melange of them. Again, it’s about balance. Balance is hard to achieve, harder than lurching from side to side, from left to right. It requires non-formulaic, continuous effort. Something most people are averse to. Occasionally I achieve this – in my life, work and Art. It’s very hard. Not something which can be easily taught.