Copying the work of other artists was encouraged at the Royal Academy Schools. Though I never did so until later, I believe it is helpful to consider how an artist has formed his or her vision through the use of traditional mediums such as oil paint or pencil on paper. 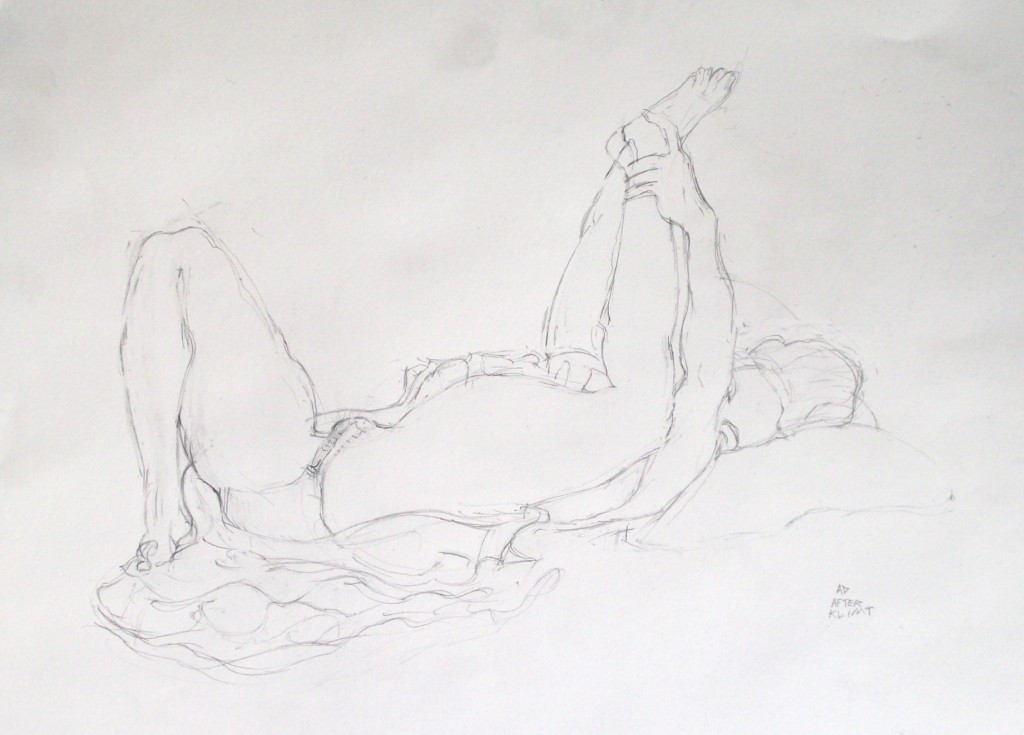 I didn’t slavishly emulate the original. I allowed my own expression to happen within the line work. It was still a demanding and engaging test to follow the form which Klimt had so ‘effortlessly’ arrived at. I didn’t use a grid and drew by looking at the original and feeling my way. If you were being picky and academic, there are problems with anatomical accuracy (Klimt’s errors) – however they aren’t relevant to the spirit of the work. I added a foot to the raised leg (the reproduction was cropped) and troubled over the shape of the model’s head – not strictly a copy. 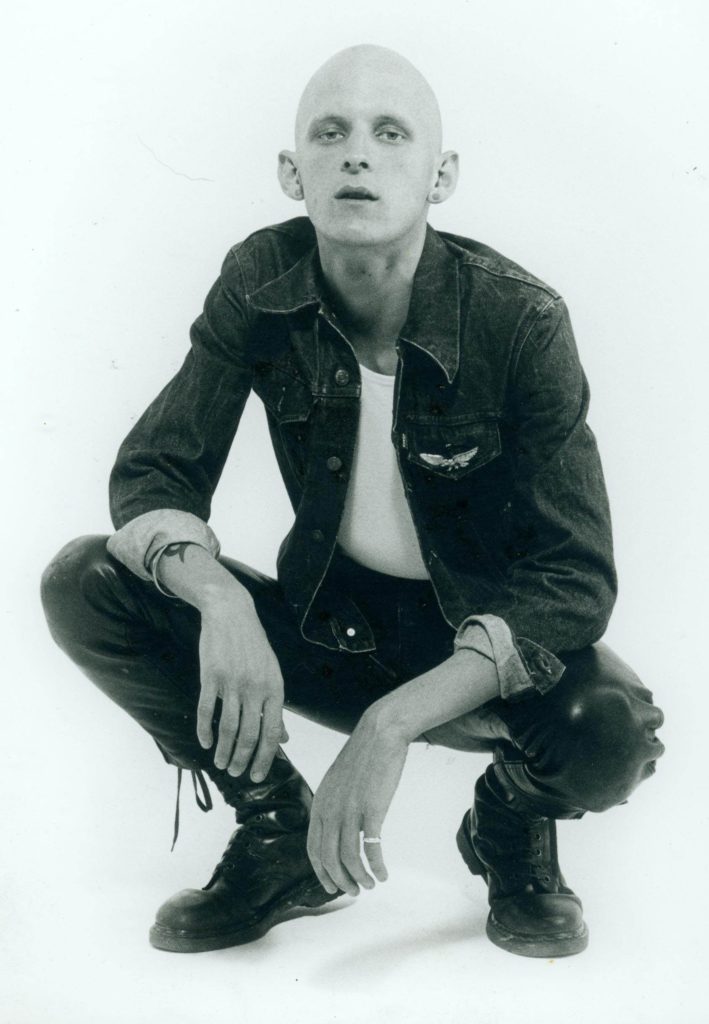 I recall the tattoo artist Alex Binnie kicking up a stink over censorship of some men involved in consensual sado-masochism during the 90s. They were reprimanded for nailing their genitals to tables etc. What people choose to do with themselves in private is their own business; though there is perhaps a case for not repairing them out of public funds (if they harm themselves excessively). 1984 was decades ago, it seems Orwell might have got his time frame a bit wrong – but the Winston in everyone is out there and it looks as though Big Brother (and Sister) are watching.