One of the problems with the Fine Art World is – it takes itself far too seriously. Penis paintings offer light relief from the humdrum seriousness of the money bunnies, the critics, the media and anyone else who tags along.

When we paint, we enter into a kind of fantasy/reality. Anyone can paint or draw anything they want to. So why not (for a change) draw something which can be deemed crass, prurient and rude? In these times of increasing censorship by the arbiters of taste, drawing a mighty cock on a pristine circular canvas is a risky venture indeed. Before the thought police get me, I want to share some of the fun I have doing this sort of thing.

Above you can see a video of how I make such paintings. They don’t always work out. Often the painting process itself is really where it’s at. The crazed violence in the method is what I enjoy – the total lack of direction and control. By drawing a penis first, we iterate a rebellious statement against tastefulness and we assert our masculinity.

This (for a man) also represents aspects of self-hood. In my own case, I could pass myself off as an Isralelite, because of a nasty accident (so I’m told), which occurred during infancy. Spin painting allows me to re-visit this and process it.

I paste a thick layer of petroleum jelly over areas of the image I want to get back to – then merrily chuck buckets of colour over the canvas, spinning it at different speeds whilst doing so. When it’s done – I leave it for some time and then lift off layers of paint, like an archaelogical dig, to reveal what lies beneath.

A kind of self-therapy and definitely a way of poking fun at the World. I guess it might also echo the Punk era, where something like this would be quite mainstream. But the spirit of 76 got lost during the Thatcher years and we all behave ourselves now, even if there is no future in England’s dreaming. Paint your pub Farrow and Ball grey. More paintings like this are on the way! Hurrah! 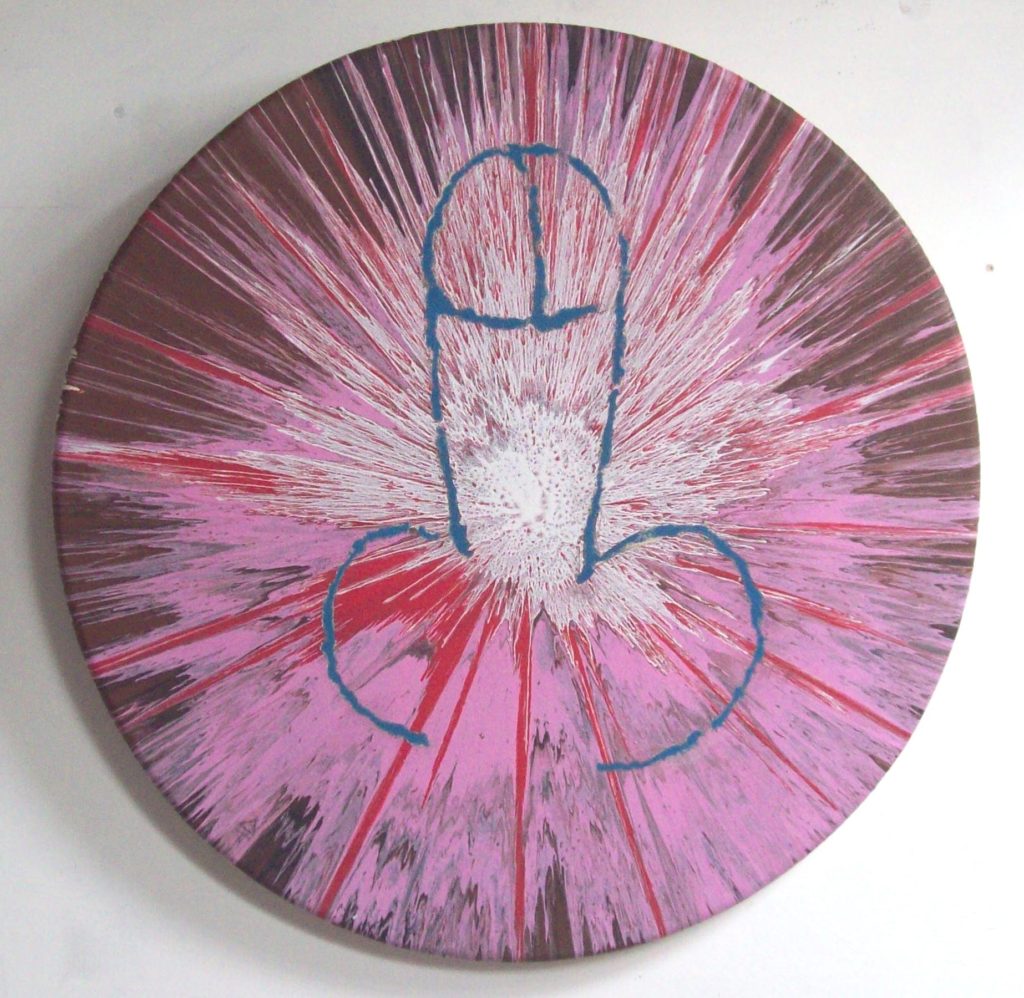 Anyone who would like a Penis painting by Alan Dedman can do so or why not have one made to order? Please leave a message on the contact form below. Your details will not be made public and cannot be viewed once you have entered them.