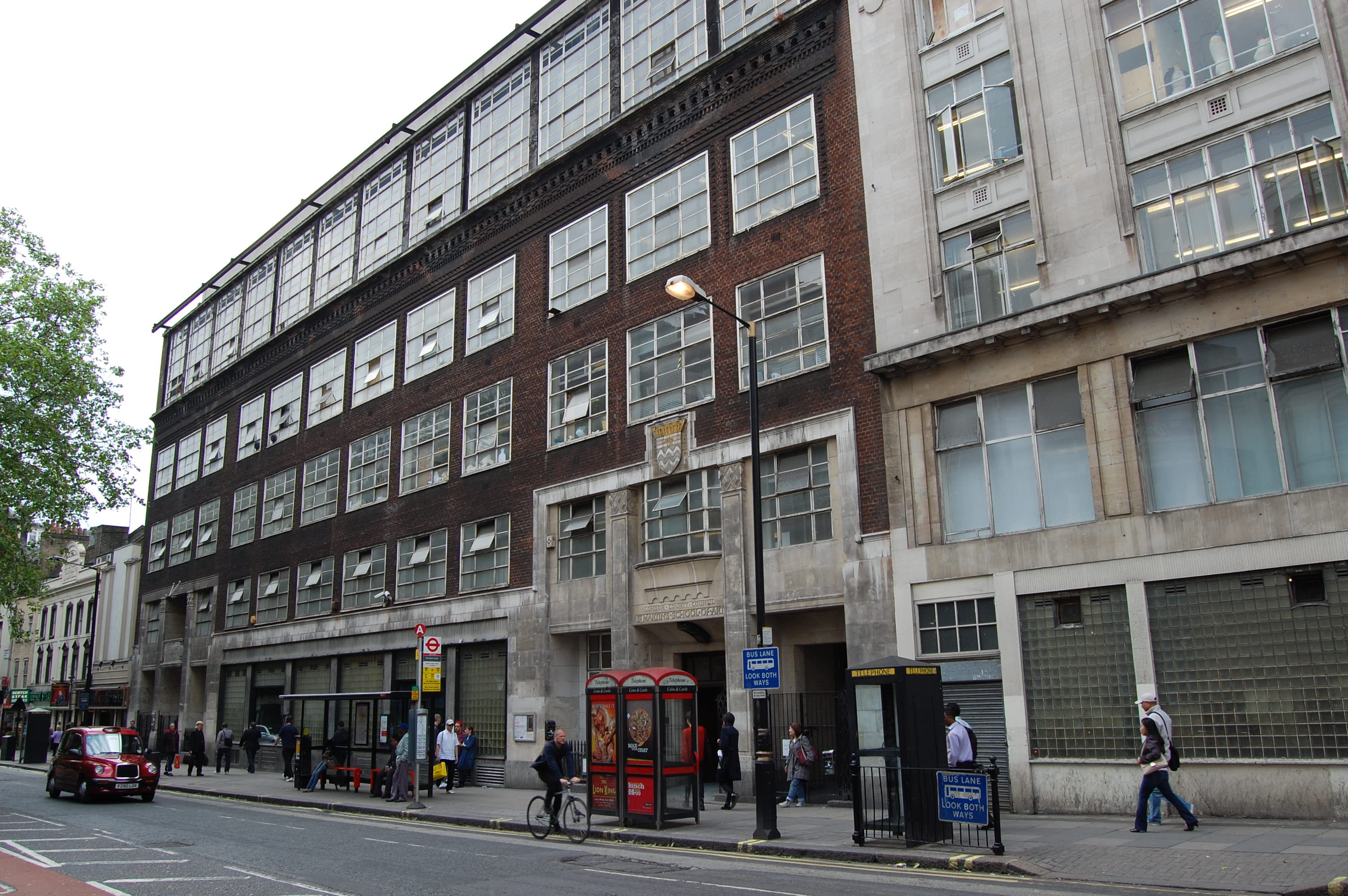 Life-drawing at St. Martins School of Art by Alan Dedman

‘Drawing is the probity of Art’ so Ingres said. All people who study Art in any shape or form will eventually find themselves doing some life drawing or at the very least, figure drawing. Apparently it’s supposed to ‘be good for you’. Edifying. The sort of thing students at St. Martins ought to spend their time at. But what exactly does life drawing impart to students of art and design? 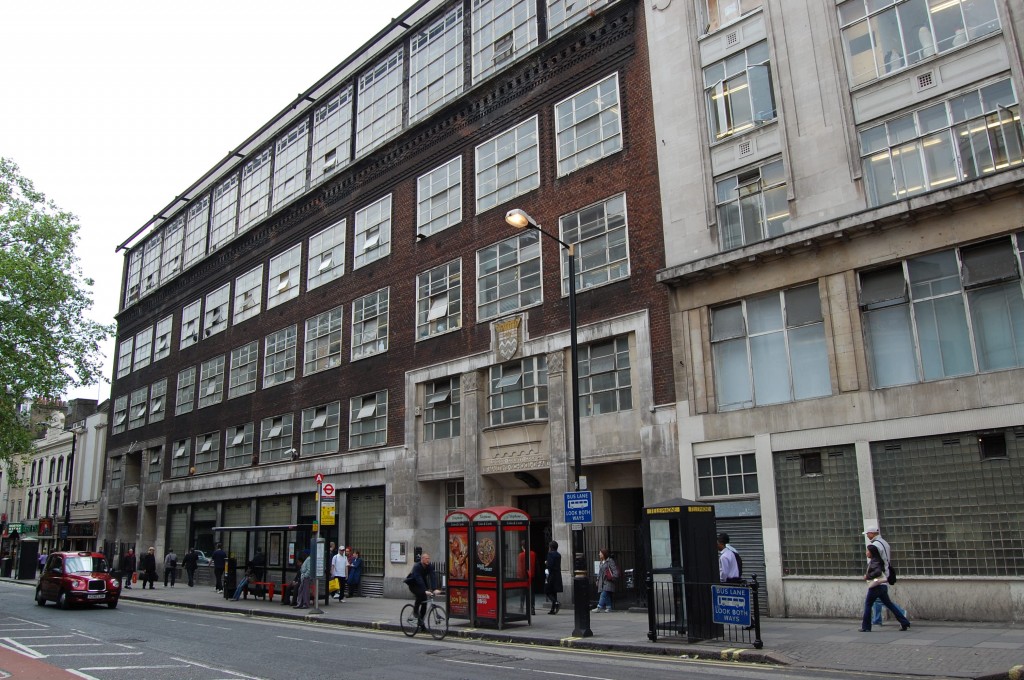 At St. Martin’s School of Art we were scheduled one day a week figure or life drawing. Usually under the leadership of Eric Luke RAS and his cohorts, Trevor Willoughby RP and Jonathan Ross.

Ross looked like an illustration from Tom Wolfe’s novel ‘The Painted Word: Hot off the bus and looking for lofts’. ‘Junior Reptile‘ as he was called at Leeds Poly, wore denims, chunky hiking boots and a parka. His Leeds heritage (Left-wing, Surrealist, Situationist etc) added grist to the mill when one day Eric referred to the set up in Charing Cross Road as ‘a situation’. The Situationist International was current enough at the time. 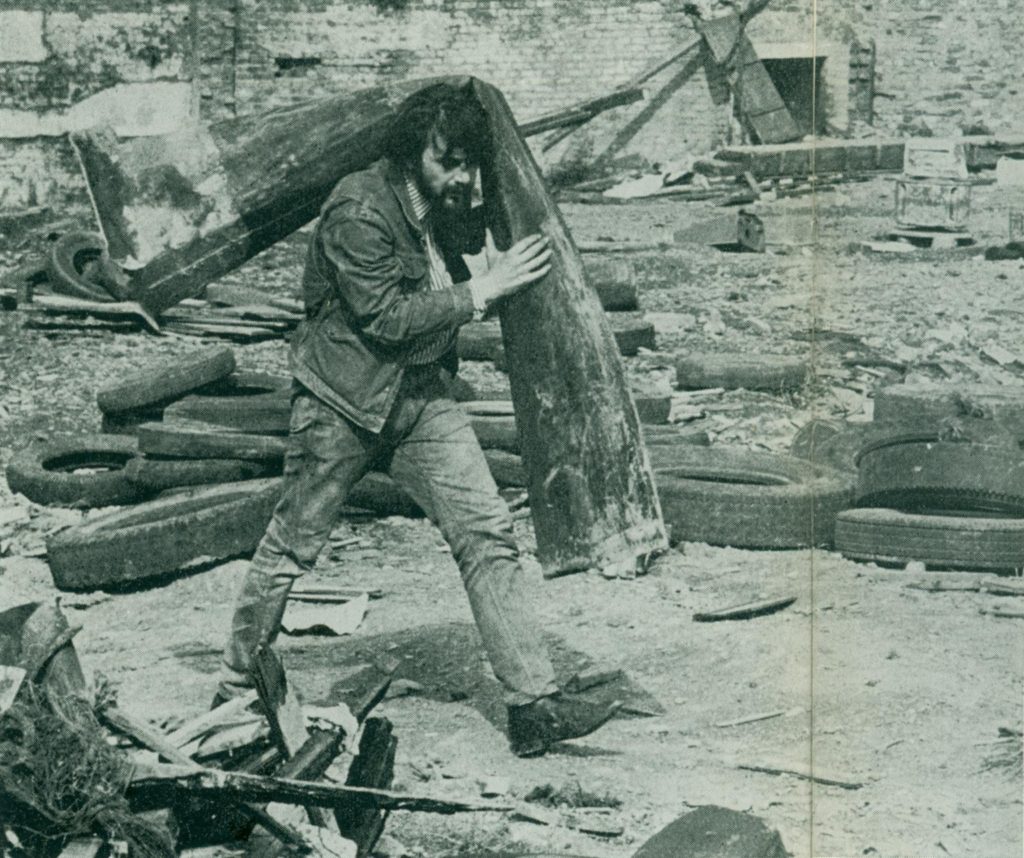 In fact, the situation we were asked to contemplate was really a pile of chairs with a bag lady sat amongst them. She was allowed to continue reading her book whilst we scribbled approximations of likeness to ‘the situation’ on sheets of paper. Eric was dismissive of my work, describing it as ‘map making’. Well I put a line round it all, which was something – given the patchy schedule of a drawing day at St. Martin’s. 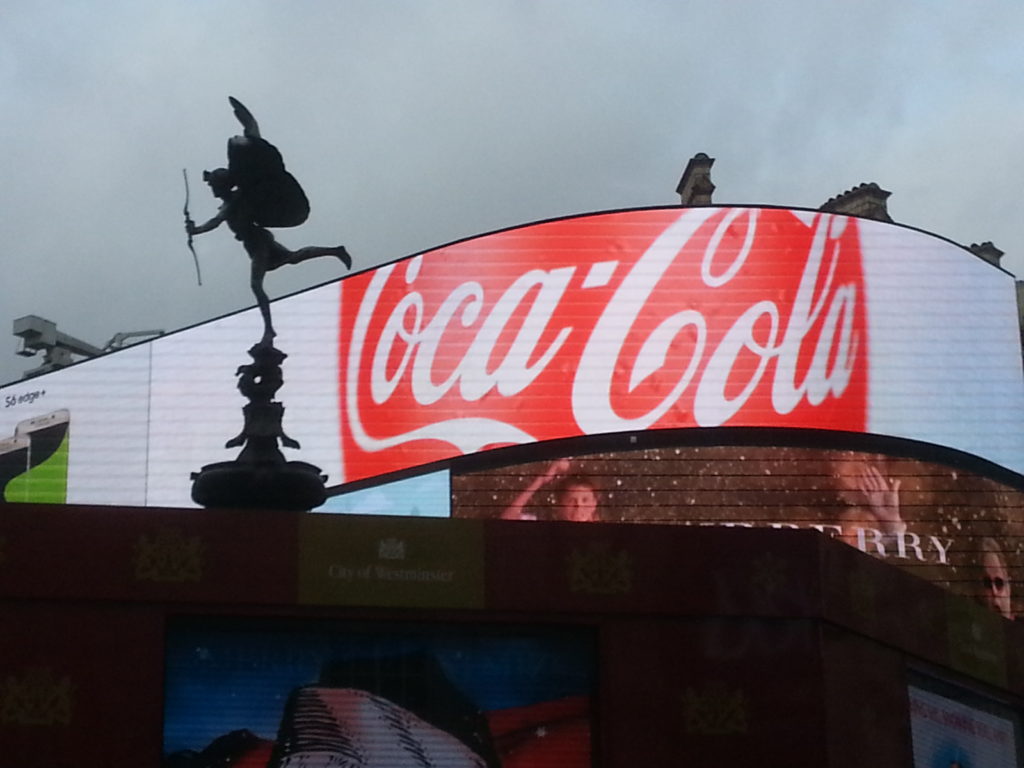 Off to the West End for lunch ……

Prior to attending college, I inured myself to hard work on the land in East Anglia – early starts. Rolling up at 10 am to do a spot of drawing seemed rather slack. Students were unable to organise themselves, often turning up late. Given a 15 to 20 minute period whilst the class settled – we did about half-an-hour drawing before ‘Coffee break’ which meant swanning off to the Bookshop Cafe, trickling back forty minutes later. 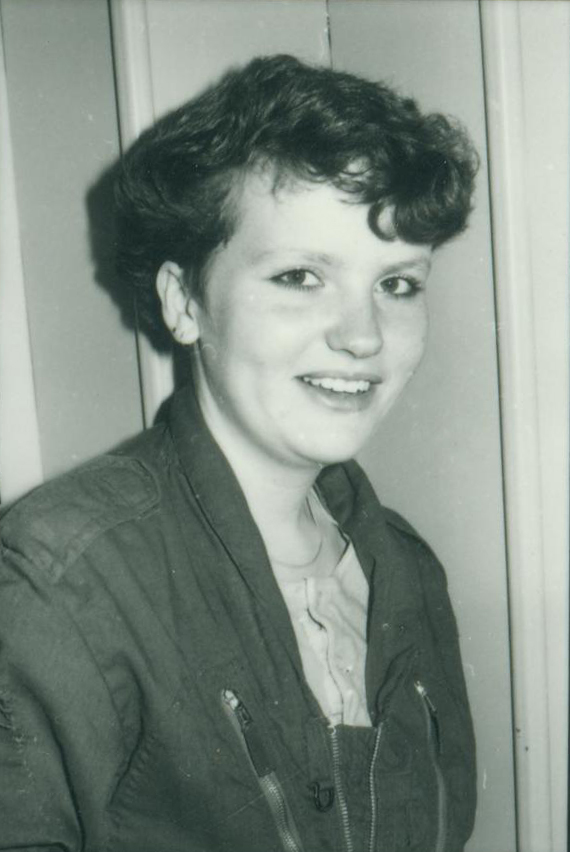 A feverish burst of activity before lunch was the only time when anything significant happened. Tutors would peer over our shoulders, occasionally disseminating words of wisdom. A colleague named Julia once asked ‘Why does Eric always smell of cabbage?‘ These days I could answer in more apposite way, at the time I assumed he had a penchant for brassicas. 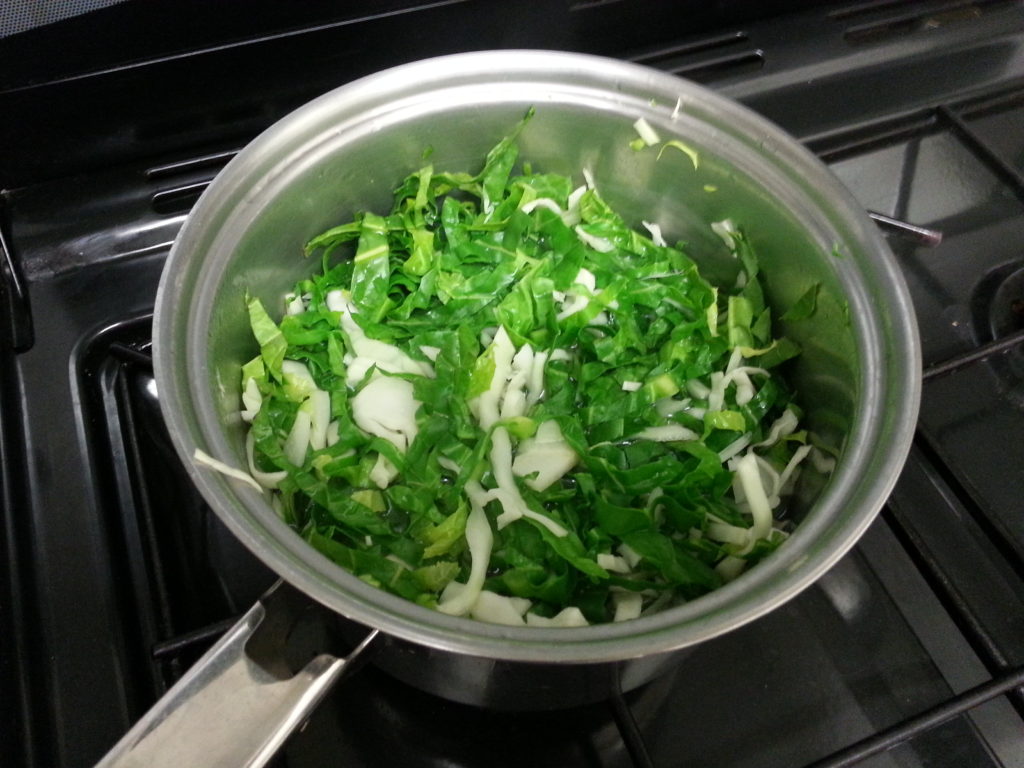 Trevor smelled differently, due to the fact he often seemed to have a hip-flask about his person. From the North-East (Newcastle way), Trevor had white hair and strong, dark eyebrows. He wore a brown, tweedish blazer. His style of teaching was benign; he had the initials RP (Royal Portraitist?) after his name – which meant he probably drew ‘Brenda’ at some point. I recall seeing his drawings of ballet dancers, made from observation, they were good – sinuous line work.

Lunch was at 1pm; which meant people cleared off to the West-end or Soho. Studies resumed at 2pm – well, some of us came back. By 4pm everyone was flagging (including the model) and tea failed to restore enthusiasm, but thoughts of early orders at the Angel had a galvanising effect. 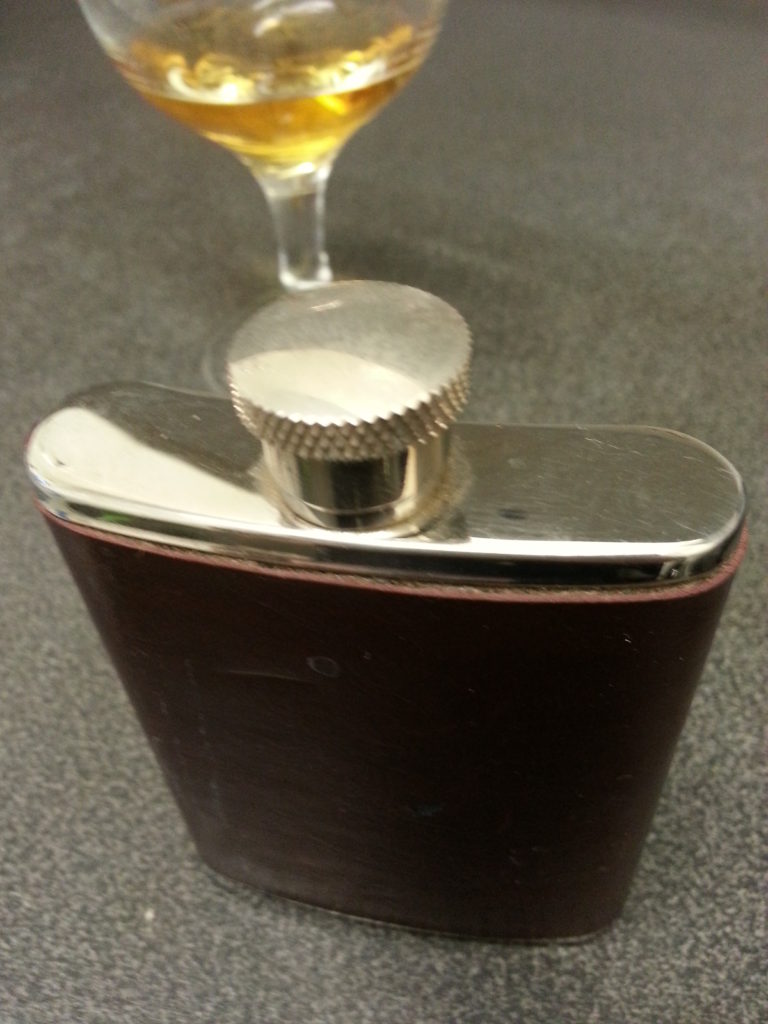 Tutors did their best to encourage us – but querying the ‘logic’ of it all could be problematic. Occasionally a day would be cancelled, it was disappointing to find a sign on the drawing studio door announcing as much; instructing everyone to re-group ‘in the pub’.

Once we were told ‘next week it’s colour!‘ (fanfare, drum rolls etc). So I turned up with some paints. By afternoon I managed to block in hues throughout the picture surface (an enormous achievement under the circumstances), but the following session, our attention was turned to something else.

We needed instruction as to how to proceed – but none of it, we were after all, at St. Martin’s School of Art, an institution which relied heavily on the myth of ‘genius’ being revealed through discovery learning; with an underlying ethos more like a Harvard business matrix than anything else. Alright if you happened to be ‘a Star’ or ‘Cash-Cow’ but not if you were a ‘Cat’ (read: also-ran).

107 Charing Cross Road was the true home of St. Martins. Shifting some of it to an ex-fruit and vegetable warehouse in Covent Garden didn’t turn out to be a good idea; as didn’t the merger of such a big name with Central School of Art. The current moniker ‘Central St.Martins’ (CSM) can be likened to a blend of brands such as Coca Cola and Red Bull – a greedy amalgam of both. 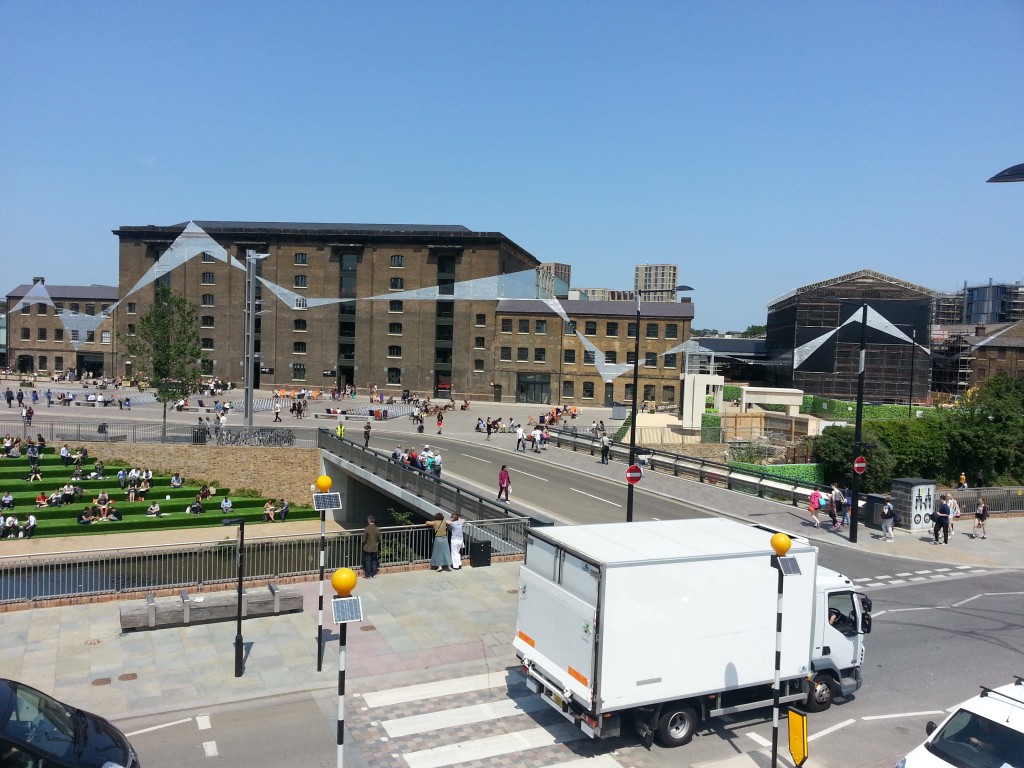 The original building housed all art and design disciplines, abutting Soho and theatre-land in London’s West End. The Marquee Club, which once hosted acts like the Rolling Stones and David Bowie, was next door (now a Wetherspoon’s pub). The Sex Pistols made one of their first appearances on the stage in the hall of the main building. Towards Tottenham Court Road is neighbouring Foyles Book Shop. The library at St. Martins was formed from part of this. Drawing sometimes took place on the ground floor below the library. Run by Connie Jude, these sessions were a change from orthodoxy. 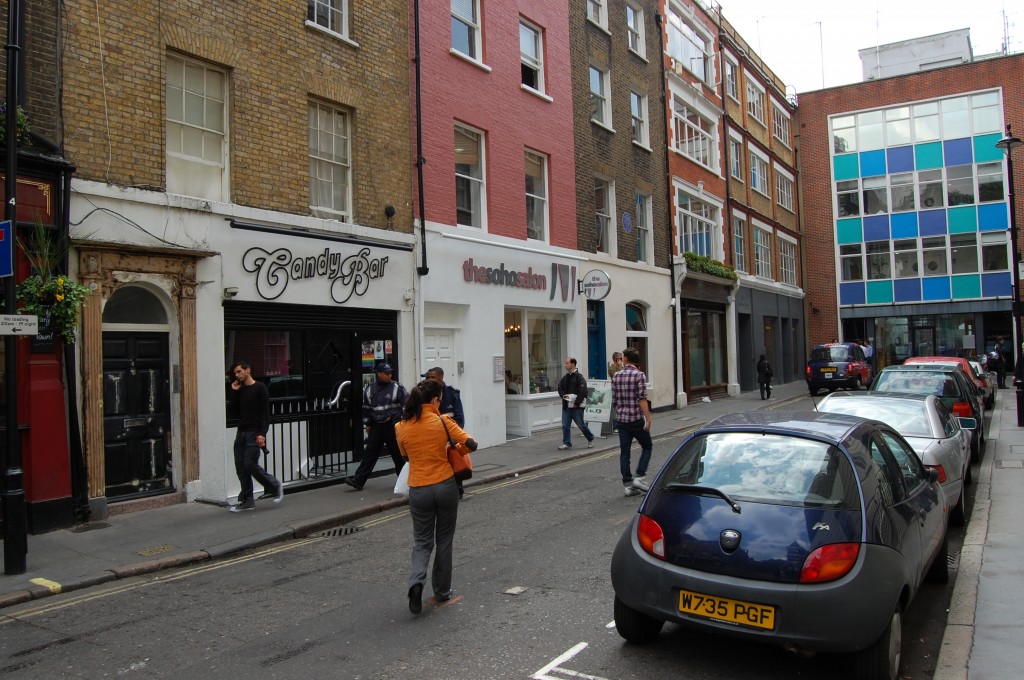 Her classes focused on drawing quickly, often from the clothed figure. I recall making a strong study of a dark haired model from fashion and textiles. She wore an orange pvc coat. I used soft pencil combined with oil pastels. At the conclusion of this particular session, a posh kid seemed envious of my talent; then became verbally abusive. Well he was ex-private school, I guess you’d expect as much from someone whose parents paid to make their child more ‘competitive’. In spite of any pseudo street-cred, his Art-school lisp gave the game away – he was no draftsman.

The St. Martins house style (in drawing) emphasised incisive line-work and Classical simplicity. At least that’s what I took away with me when I left – for the good of posterity if nothing else. One model called Susanna was particularly adept at her trade. From America, she transcended British reserve, her sassy curves and care-free attitude were refreshing – but it was the late 1970s; the present frigid climate of moral rectitude and censorship would probably choke that off straight away. 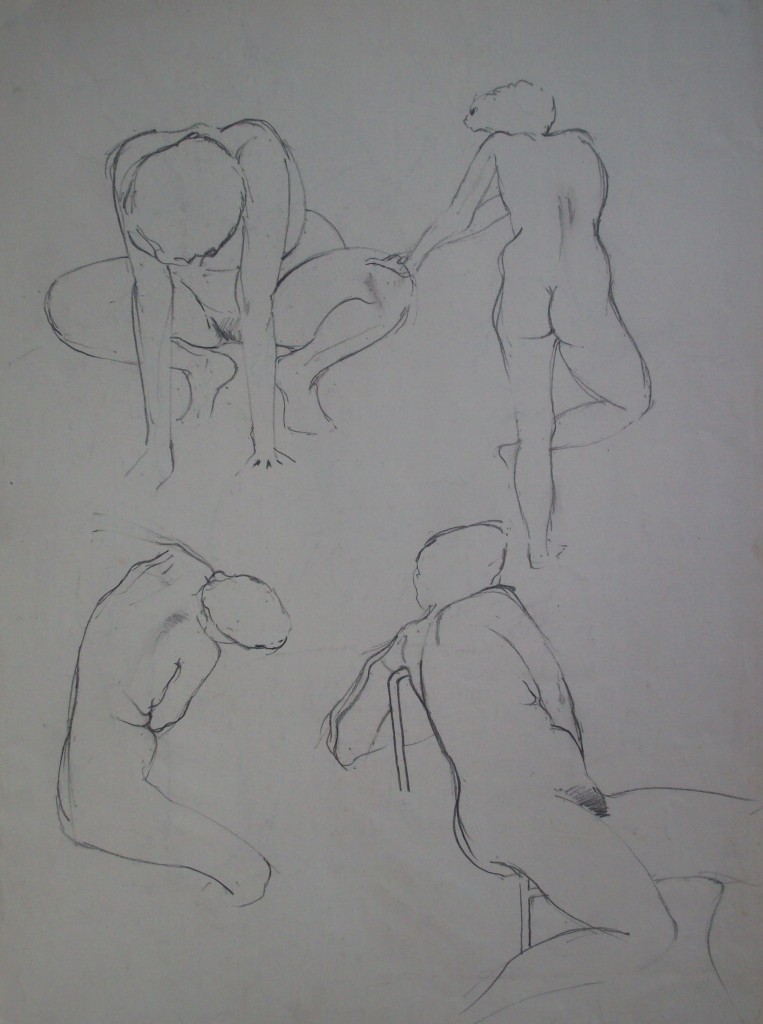 The staff might have done more to deepen our drawing practise. Looking back, I doubt if any of them possessed a formal teaching qualification – ‘industry experience’ being sufficient. Full-timers seemed to come almost exclusively from a roster of Royal College alumni (read: Royal College mafia). Socialism appeared to be the order of the day; apart from being rather boring, it was wrong of some staff to canvas (no pun intended) for political ends. They were supposed to be public servants. 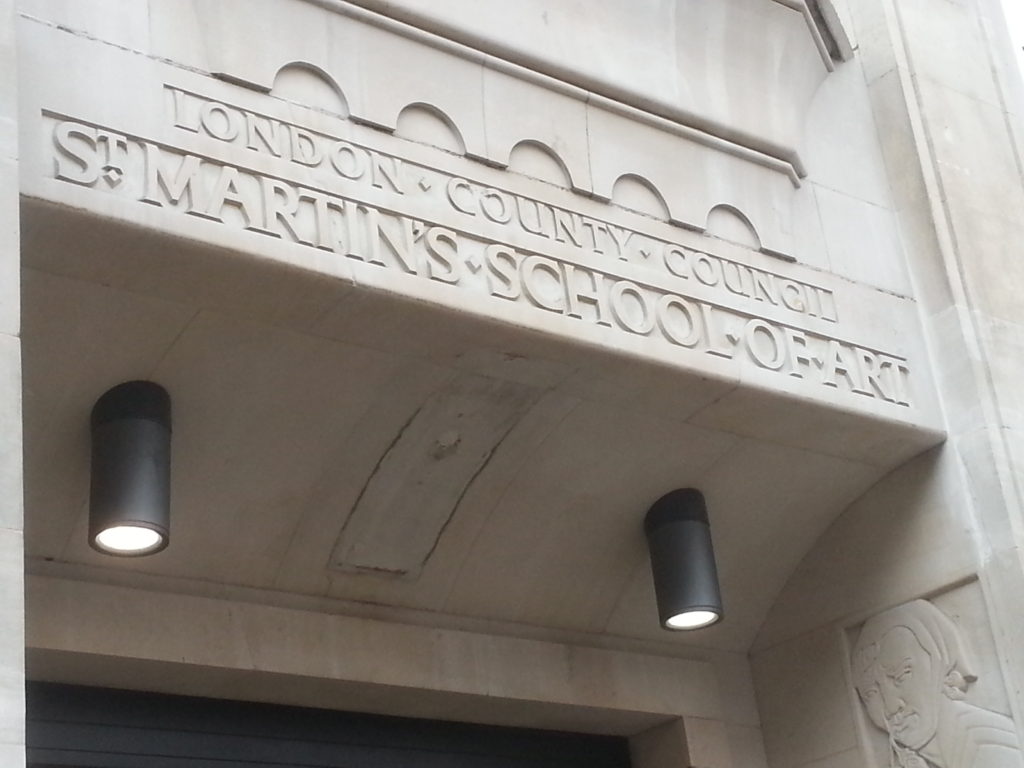 Entrance to what was once St. Martins School of Art

St. Martins was a great British institution. Nowadays you get as many as 500 students per course – farm style. The Reverend MacKenzie (former vicar of St. Martin-in-the-fields church, pictured below) created something unique when he founded the school in 1854. 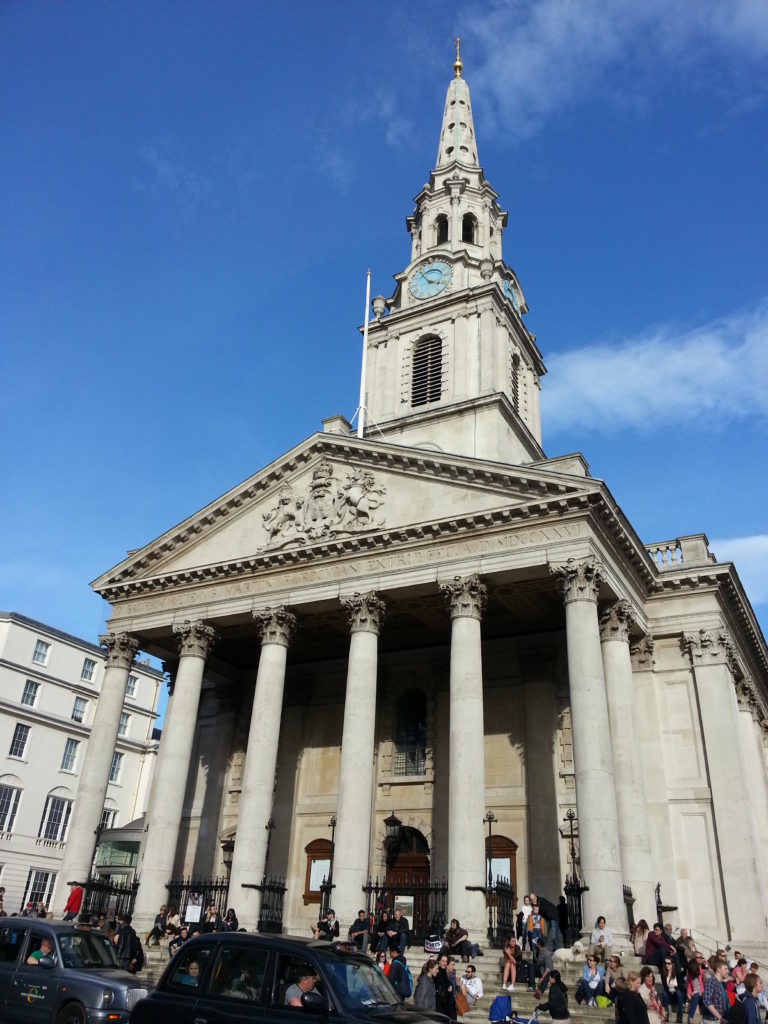 Location was crucial to its character and success. The powers that be should rescind the leases of all those who have bought a ‘new St. Martins loft‘ and return the building in Charing Cross road to it’s former use. Stuff the property tycoons.

Photo’s by Alan Dedman except: Charing Cross Road and Carlisle Street – thanks to Julian Wakeling, Junk Yard Happening courtesy of ‘the Look of London’ – donated by Peter Fisher of Kennington.